Critics scoffed at the use of the name “Alma” in the Book of Mormon for a male prophet. They claim it was a stupid mistake by Joe and is actually a Spanish name for girls. The truth, once more, has been substantiated and the critic left to look the fool. 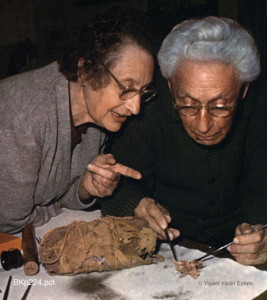 In 1961, famed Israeli archaeologists Yigael Yadin discovered 15 letters in a cave along the Dead Sea that were written by Bar Kokhba during the Bar Kokhba Revolt of AD 132-135. The discovery is retold in his book by the same name:

In one of the letters discovered is mentioned the name “Alma”:

The name “Alma” however does not appear in the King James Bible.